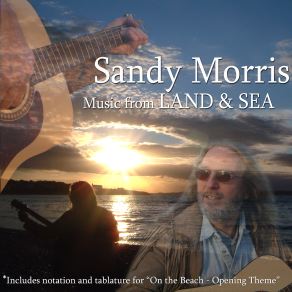 “The music has added another level to the stories—it deepens the sense of place and mood.”
– Sandy Morris

“Sandy’s brilliance as a guitar man is matched only
by his brilliance of human spirit.”
– Larry Foley, The Punters

Versatile musician and composer Sandy Morris presents more than a dozen tunes from CBC’s popular and long-running Land and Sea television series—including the opening and closing themes so familiar to everyone who lives in Newfoundland and Labrador.

All of the pieces were composed or arranged by Morris, who has been creating music for the series for the last ten seasons. They evoke the province’s beautiful rural landscapes, its wildlife, and the people showcased every week in the half-hour show.

All material on this website, unless otherwise stated, is ©Sandy Morris Music 2000-2015

This website uses cookies to improve your experience while you navigate through the website. Out of these, the cookies that are categorized as necessary are stored on your browser as they are essential for the working of basic functionalities of the website. We also use third-party cookies that help us analyze and understand how you use this website. These cookies will be stored in your browser only with your consent. You also have the option to opt-out of these cookies. But opting out of some of these cookies may affect your browsing experience.
Necessary Always Enabled
Necessary cookies are absolutely essential for the website to function properly. This category only includes cookies that ensures basic functionalities and security features of the website. These cookies do not store any personal information.
Non-necessary
Any cookies that may not be particularly necessary for the website to function and is used specifically to collect user personal data via analytics, ads, other embedded contents are termed as non-necessary cookies. It is mandatory to procure user consent prior to running these cookies on your website.
SAVE & ACCEPT