Sandy Morris known to his musical friends as “the easternmost guitar player in North America” is an accomplished and multi-talented musician, producer, and engineer based in St. John’s, Newfoundland. Picking up his first guitar at the age of 15, Morris has made his living as a versatile and ingenious performer since 1965. An original member of the legendary Wonderful Grand Band, his more recent collaborations include Rasa (with Erin Best), and the Eight Track Favourites.

Sandy Morris has contributed his own compositions, his performances, and his musical expertise to film and television projects for more than 30 years. His credits include serving as musical director or producer for Land and Sea, Violet, Tommy, East Coast Music Awards, and Codco, among many other projects. In addition to his own projects and featured appearances, he continues to perform with numerous other musicians on their recordings and live performances. 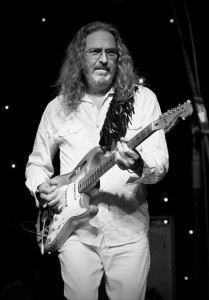 All text, images graphics, digital files and recordings are copyright © 2013 Sandy Morris, Rasa Music, unless otherwise noted. Gallery photos, scans and reproductions are copyright of the original holders and are reproduced here with kind permission. Reproduction is granted on request only

All material on this website, unless otherwise stated, is ©Sandy Morris Music 2000-2015

This website uses cookies to improve your experience while you navigate through the website. Out of these, the cookies that are categorized as necessary are stored on your browser as they are essential for the working of basic functionalities of the website. We also use third-party cookies that help us analyze and understand how you use this website. These cookies will be stored in your browser only with your consent. You also have the option to opt-out of these cookies. But opting out of some of these cookies may affect your browsing experience.
Necessary Always Enabled
Necessary cookies are absolutely essential for the website to function properly. This category only includes cookies that ensures basic functionalities and security features of the website. These cookies do not store any personal information.
Non-necessary
Any cookies that may not be particularly necessary for the website to function and is used specifically to collect user personal data via analytics, ads, other embedded contents are termed as non-necessary cookies. It is mandatory to procure user consent prior to running these cookies on your website.
SAVE & ACCEPT